Guinea, the first French-speaking country in West Africa to gain independence in 1958 is still struggling to lay institutional foundations to ensure its political stability.

Despite an economic potential relating to its mineral, hydro-energy, and agricultural resources, its level of development is clearly below the hopes and expectations of its population. The reason for this poor performance is mainly due to the weak managerial capacity of its political elites. Once again Guinea oscillates between the persistence of a progressive destabilization of the State and the plunge into anarchy because of the will of President Alpha Condé to seek a third mandate.

The current state of affairs should attract the attention of ECOWAS because risks of destabilization can affect the entire sub-region. So there is a need to establish strong preventive measures to stop the headlong rush of Guinean leaders.

The genesis of a recurrent and planned political crisis

The international contact group for Guinea, co-chaired by the African Union and ECOWAS had rightly estimated that its mission was over during the inauguration of the president-elect Mr. Alpha Condé on December 21, 2010.

The next day of the takeover of power by the CNDD – the military junta led by Captain Dadis Camara in December 2008, in order to prevent chaos, the international contact group accompanied the politico-military transition in Guinea for two years. During this period, important actions were taken to consolidate a state of law

A biometric census funded by the EU and UNDP was carried out. At that time it was decided to entrust the custody of the electoral file computer keys to the UNDP for safety, thus avoid their corruption by any political body.

However, the government of Mr. Alpha Condé demanded and obtained the delivery of these keys in the first months following his installation in office. Ever since, the electoral disputes in Guinea have punctuated by the loss of dozens of deaths, critical injuries, and dozens of political prisoners.

To have a credible, and peaceful and election, it is highly dependent on the legitimacy and quality of the electoral register.

The legislative elections of March 22nd, 2020 were boycotted by the main political parties of the opposition, due to proven corruption of the file attested by the OIF auditors and ECOWAS.

Hence, for an electoral population of around 7 million there was 2.5 million people registered without any supporting documents and another 2 million registered only on the basis of a simple certificate from the district authority (minors enrolled) .

In 2010 the return to constitutional order required the establishment of the CNT (National Council of Transition) which played the role of a constituent assembly and which was representative of all components of national forces. This council drew up the constitution which was promulgated by decree of the president of the transition General Sékouba Konaté, on May 07, 2010. Legislators included intangibility provisions with regard to the republican form of the State, the duration of a mandate to 5 years and the limitation to two possible mandates (consecutive or not) for the President of the Republic.

In 1984, the CMRN had explained the excesses of the regime of President Sékou Touré by its long longevity in power. Thus the 1990 constitution instituted the limitation of the terms of the President of the Republic (twice five years). General Lansana Conté (1984 – 2008) was led to transgress this provision by initiating a constitutional change in 2001 for a life presidency. Consequently Guinea sank into a deleterious governance which worsened its economic and institutional backwardness for ten years.

Constituents of 2010 aimed to permanently seal the anchor of our country to respect  democratic standards of devolution of power. It is this quest for the alternation of several generations of Guineans that the current Guinean regime called into question on March 22, 2020.

The goal for this constitutional change is just to allow President Alpha Condé to run for a third term for office. For having broken the lock on the intangibility of the 2010 constitution, supporters of constitutional revisionism hoped to be done, but the perfect crime does not exist. Thus the text proposed in the referendum and published in the official journal of January 2020 is different from the text promulgated in the official journal of April 2020. In other words “the alleged constitution” has never been the subject of a any approval by the people of Guinea.

The responsible for this crime are irrefutably guilty of a “crime against public trust”. Thus, the legal vacuum resulting from the absence of a supreme law in Guinea is an unprecedented situation, which consolidates the plunge of Guinea, in the rupture of the constitutional order.

This rupture was already perceived with the violation of article 23 of the treaty of the African Union relating to governance, democracy and elections which qualifies as a “putsch” the decision of Guinean authorities to change the Constitution. Faced with these serious breaches of the principles of law and legality the Constitutional Court abdicated before its responsibilities (see copy of decree N AC 014 dated June 11, 2020 of the constitutional court).

Stability and peace under threat in Guinea

Since independence, Guinea has been seeking democratic change, respect for human rights and to become a developed country. However, the number fallen Guinean for simply expressing an opinion different from that of the government in our country is unknown.

Peaceful citizens are encountering extreme repression, recurrent killings, kidnappings, mass arrests, physical and psychological intimidation which y the way have are all been listed by Amnesty International, Human Right Watch and FIDH denouncing a systematic and disproportionate use of violence to impose a political order rejected by a very large majority of the population.

Furthermore, the exacerbation of ethnic differences, especially in the south of the country, in Fouta and in the capital Conakry, to divide the populations in order to enslave them is increasingly unbearable. That is why the Coordination of the diaspora of Forest Guinea in a statement published recently, issued an alarm call to warn the authorities of the risk of an explosion of violence in the region.

Indeed, the scars of the extensions in the Guinean territory of the civil wars of Liberia, Sierra Leone and Côte d’Ivoire are not over yet.  Resurgence of feelings of injustice and ethno-political discrimination fuels frustrations which constitutes a fertile ground for possible reactions of bloody revenge.

The destabilization of the south of the country will undoubtedly affect the three neighboring countries (Liberia, Sierra Leone and Côte d’Ivoire). In addition, the amalgam maintained to present communities as structurally opposed to the power in place in an ethno-strategic logic widens more and more the gap between them and the state representations, which are perceived as instruments of domination and coercion of different natures.

Deliberate desire to maintain a deleterious climate in its relations with national components of the country and the barbarity of repressions have undermined the authority of the State. Monopoly on the exercise of law enforcement violence is likely to be challenged in the long term due to the clandestine circulation of weapons of war in the sub-region. This prospect is dangerous for the stability of the whole region already facing the jihadist push in Mali, Burkina, Niger and Nigeria.

The behavior of the current authorities in Guinea may encourage intrusion of asymmetrical destabilizing forces because they feed the anger of the populations who only aspire to live in an environment of peace, stability, unity and progress.

What can be done to restore and consolidate Guinea’s stability?

Threats to peace in Guinea and the rest of the West African sub region are real and must therefore be eliminated. In this regard, ECOWAS must be actively involved in order to prevent a generalized blast. Solutions and political instruments exist in order to force President Alpha Condé to show reason and responsibility to save Guinea from disaster following the points listed below:

ECOWAS must save Guinea.

The return to stability in Guinea will have a positive effect for the whole sub-region in order to contain and stop asymmetric factors of war, with which our countries are more or less confronted. On the other hand the worsening of the Guinean crisis will inevitably affect sub-regional peace for a long time and will accentuate migration towards Europe of thousands of young desperate Africans who could certainly build their future in their own country. Guinea is already one of the major countries of departure for illegal migration.

It is possible to give a chance for an exit from the crisis from above. In this regard the personal attitude of President Alpha Condé will be decisive. He was crowned himself as a progressive militant within the FEANF, having suffered abuse during his captivity, sentenced to death in absentia and the oldest among the heads of state of the continent, President Alpha Condé deserves to give out an honorable exit.

We are convinced that, the Heads of State in activity within ECOWAS will have  tact,  intelligence and  wisdom to restore both  democratic order and  stability in Guinea.

Guinea is expecting a lot from you. In the hope that our request will contribute to advancing the chances of the Guinean crisis resolution, please receive, the expression of our highest consideration.

Indeed, the scars of the extensions in the Guinean territory of the civil wars 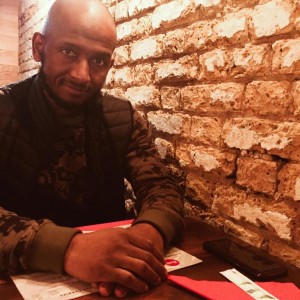 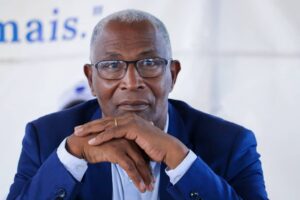 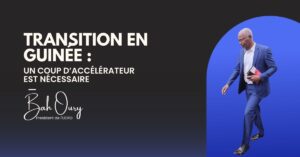 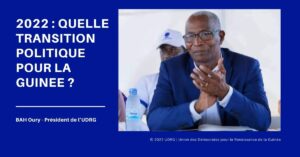